The Hellenic Bar Association Foundation hosted its 69th Annual Scholarship Ball on November 2,2019 at the Fairmont Hotel in Chicago. Attracting 275 guests, the black-tie invited event raised $90,000 to support law students of Hellenic descent and further the mission of the Hellenic Bar. 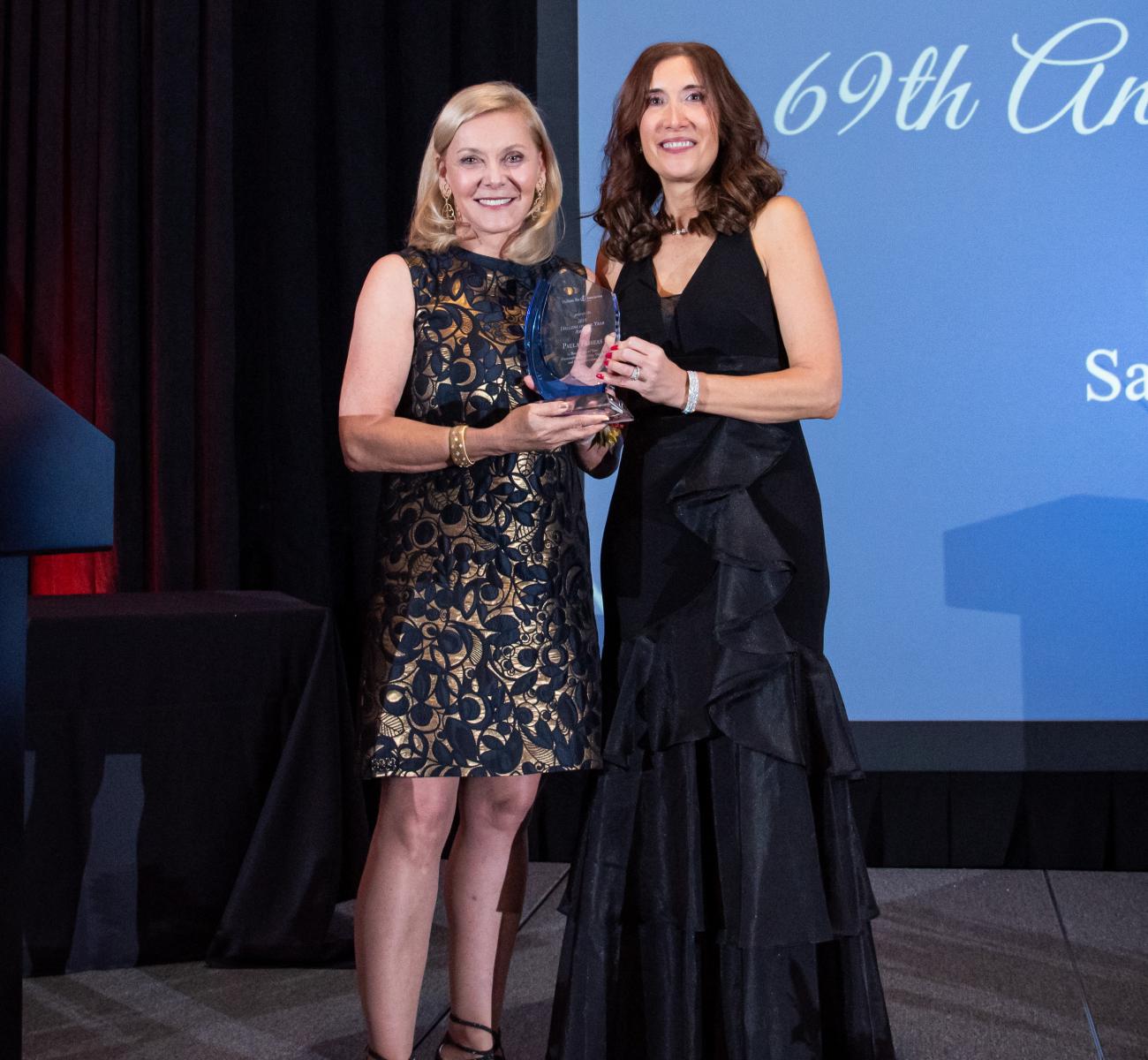 Kiki Vale, radio personality, welcomed the room and shared her enthusiasm for the young law students and inspiring Greek-Americans who have devoted their lives to making a difference. “We are inspired by the profound dedication of Paula Fasseas of PAWS, the Hellenic Foundation, the late Diamond Mendonides, and Eleni Kouimelis of Winston Strawn. May we be encouraged to emulate these individuals good deeds on behalf of others,” expressed Vale.

Vicki Pappas Karl, Hellenic Bar Association President, thanked guests for their support and welcomed His Eminence Metropolitan Nathanael and the Very Reverend Timothy Bakakos, Chancellor of the Greek Orthodox Metropolis of Chicago to the stage for prayer.

The award ceremony continued with a tribute to Greek-Americas who have distinguished themselves by their acts of service and philanthropy. Paula Fasseas, the founder of Chicago’s first no-kill animal shelter known as, PAWS, was awarded the “Hellene of the Year Award”; the late Diamond Mendonides, a mentor of young professionals and advocate for Greek-American education was awarded the “Lifetime Service Award” posthumously; Eleni Kouimelis, one of the founders of Hel.LAS, a legal aid clinic for Chicago’s Hellenic community, received the “Lawyer of the Year Award”; and the Hellenic Foundation, which has provided social services to the Greek and Orthodox community for decades, received the “Humanitarian Award”.

The honorees received stunning glass plaques inscribed with the attributes for which they were being honored. In acceptance of Diamond Mendonides’ Lifetime Service Award was his daughter Tracy Mendonides Poulakidas and his widow, Johanna Hauki. “I think if my father was here tonight, he would say that what he put in to his community, he got back tenfold [ .... ] And more than that, I think he would say: I did what I loved," tears filled the room while Poulakidas paid praise to her father and a video montage of Diamond’s philanthropic works played in the background.

Vicki Pappas Karl ended the memorable evening with a positive comment, "It is the mission of HBAF to give back to the Greek-American community and we hope our program inspires you to take up the cause of service in your own life.” 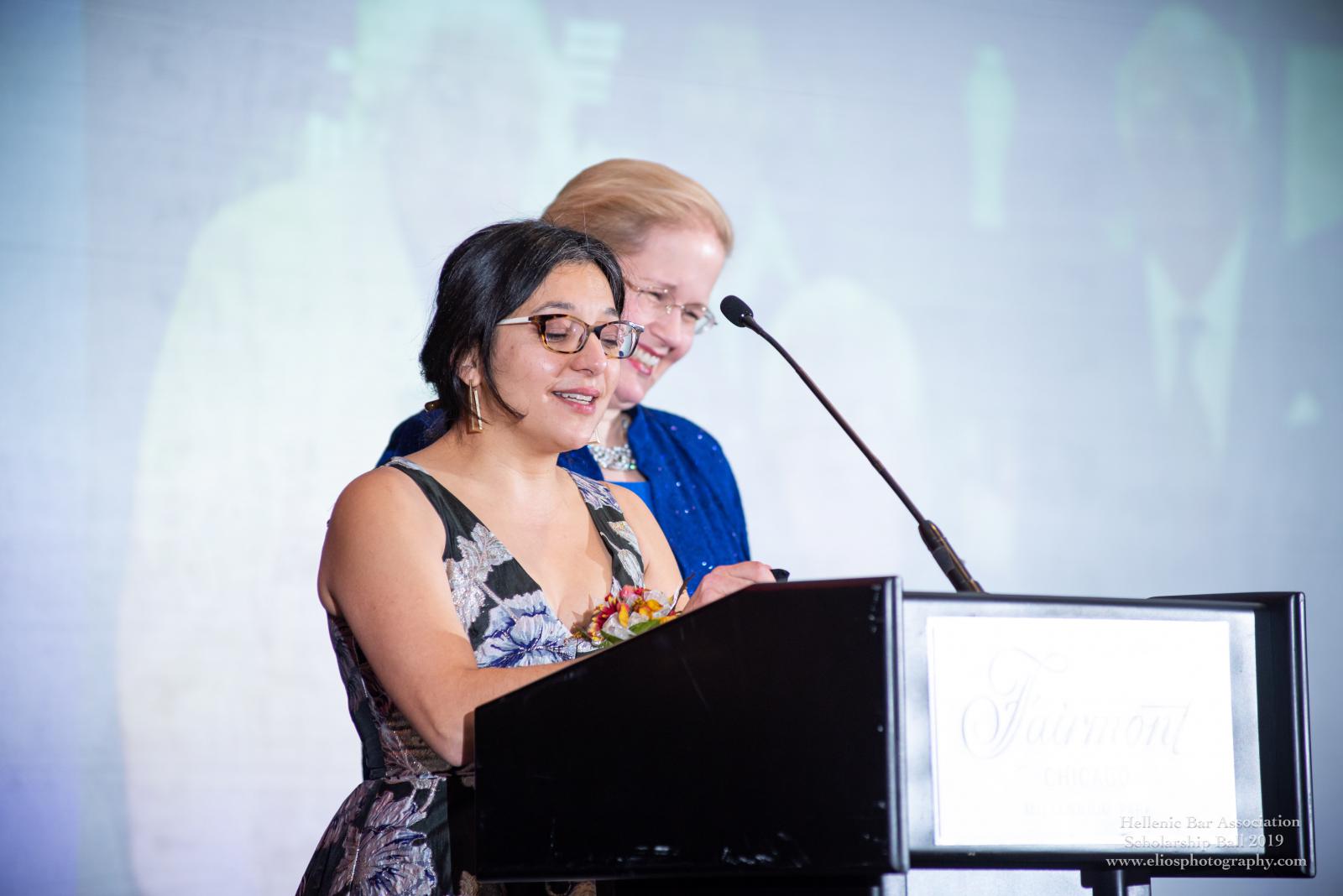 Save the date for the 70th Annual Scholarship Ball on November 7, 2020 at the Hyatt Regency Chicago.

SPECIAL THANK YOU TO OUR SPONSORS & DONORS 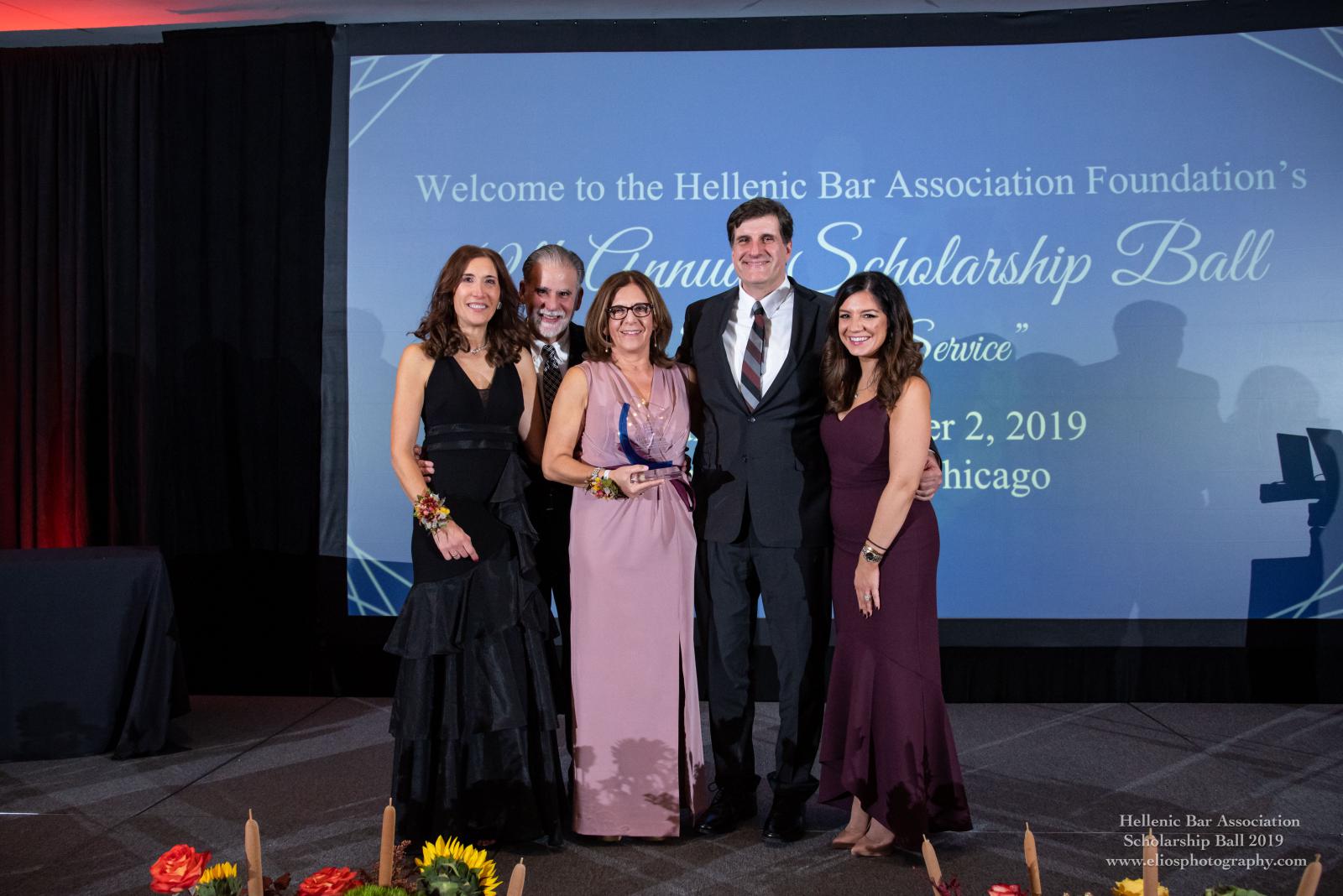 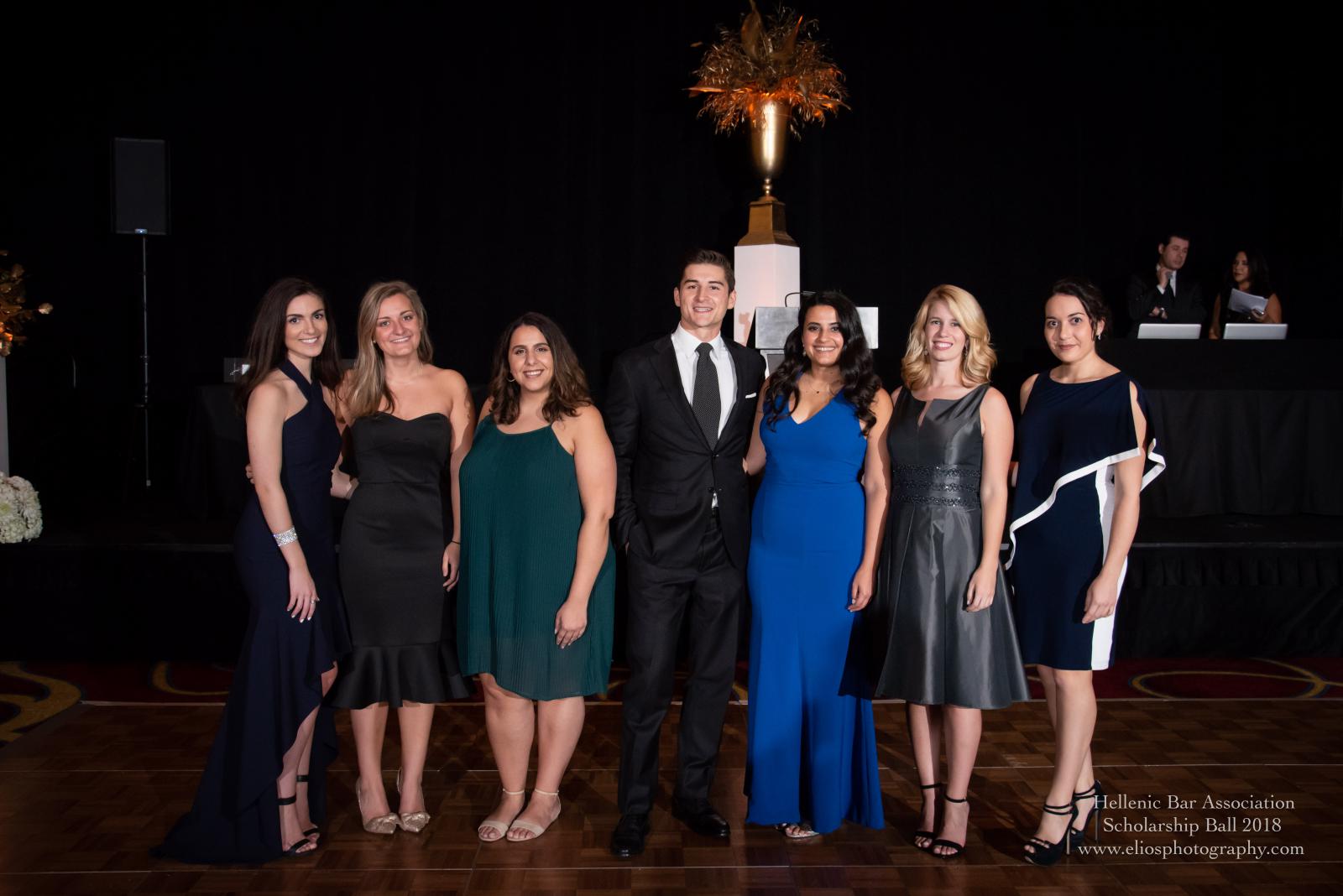 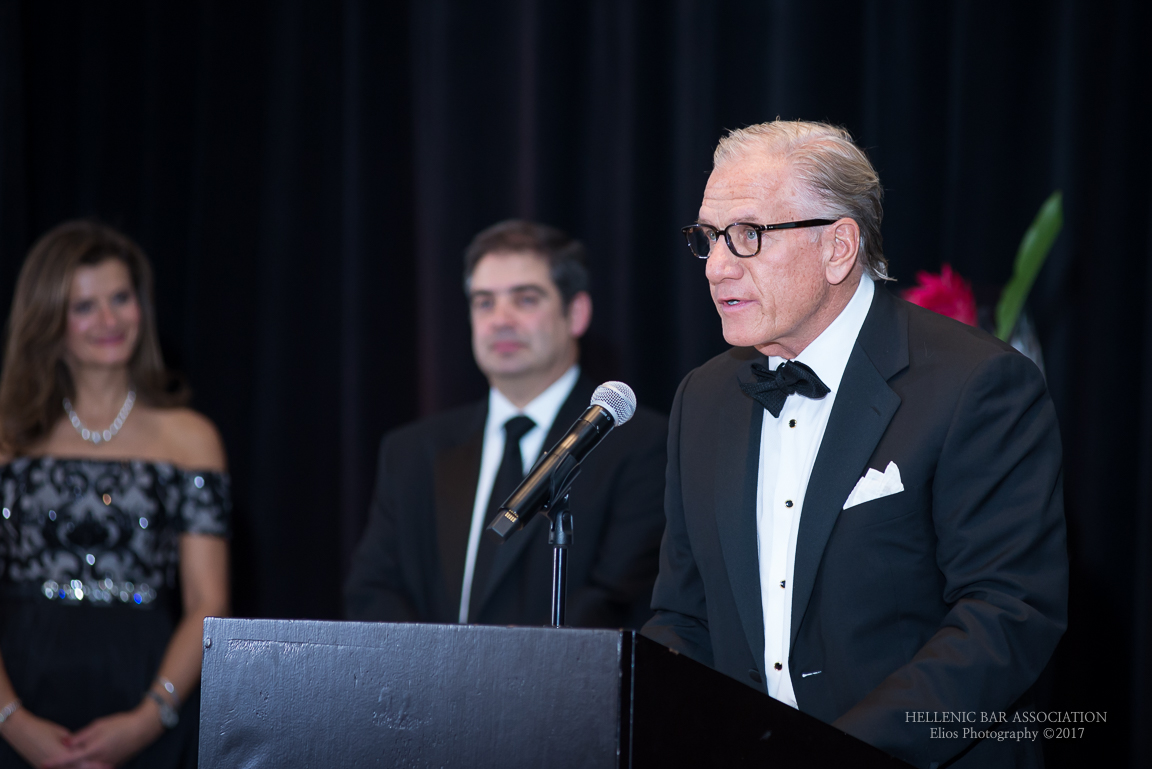